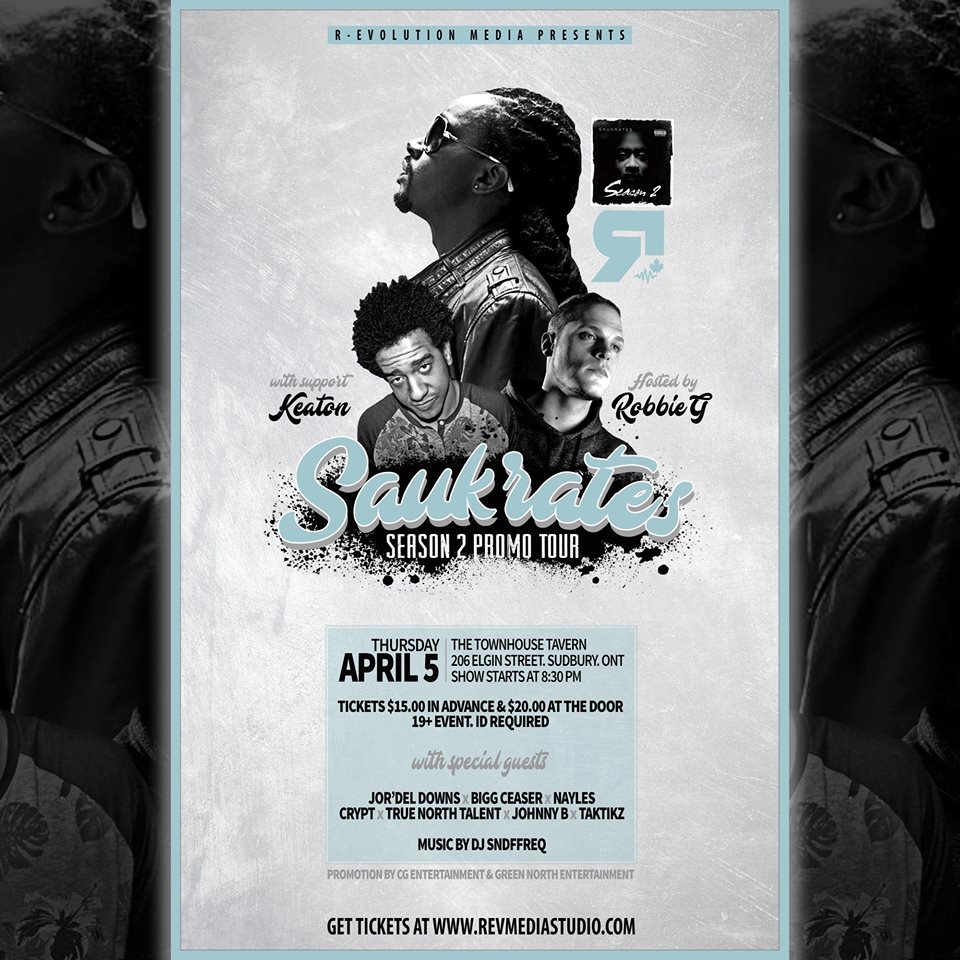 Saukrates aka Big Sox Based out of Toronto, Ontario, is a Canadian Hip-Hop artist/producer. He is widely considered to be one of the most skilled MC's from Canada. He is also part of Capitol Hill Music, and frontman of the five-man hip hop group Big Black Lincoln.

In 1994, his first track was titled "Still Caught Up", which earned a nomination for Best Rap Recording at the 1996 Juno Awards. He was also nominated for another Juno of the same award in 2000 for "Money Or Love". In 2001, Saukrates produced the track "Uh-Huh" for Redman's Malpractice album, and appeared on a track called "Enjoy Da Ride". He also did a track called "Fine Line" for the soundtrack to Method Man and Redman's How High movie. In 2002, Saukrates teamed up with fellow Canadian producer Agile from BrassMunk to produce the track "Heaven" for Nas' God's Son and it featured Jully Black